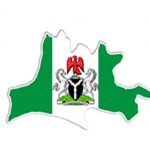 Alh. Muhammadu Yakubu Danladi – Gwandara was born on January 1, 1940 at Angwan-Gwandara in Uke LGA of Nasarawa state. He attended the elementary school at Keffi between 1950-1954 and proceeded to complete his senior primary school at Laminga in 1957. In the following year, he gained admission into the Provincial Secondary School, Kastina-Ala where he obtained his OND in Civil & Building Engineering in June 1966.

Three years later he returned to the same institution where he subsequently obtained his HND in December 1970. Alhaji Yakubu Danladi also holds a certificate in Management of Institute of Administration – ABU Zaria, the Licentiate Membership of Constructions Surveyors – Institute of London (LCSL) and also an Associate Membership of Royal Society of Health (AMRSH), 1964 – 1979.

Alh. Danladi – Gwandara held a number of posts in the Keffi LGA. He was works supervisor in 1964. He was also one time Administrative Secretary in charge of Local Government and clerk to the council. He was district head of Kokona between 1971-1973. He later worked with Tilley Gyado & Company before resigning in 1975 to form a very viable construction company (Nasara Construction Company LTD) in partnership with others. He was sworn in as Deputy Governor of Plateau State to Solomon D. Lar on October 1st, 1979. Married to three wives and blessed with five children.