Taraba state – Nigeria was created in 1991 from the southwestern half of former Gongola state. Taraba is bordered on the north by Bauchi and Gombe states, on the east by Adamawa state, on the south by Cameroon, and on the west by Benue, Nassarawa, and Plateau states. 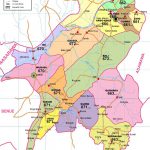 The state’s population is engaged in farming and grows cassava (manioc), sorghum, millet, rice, yams, sugarcane, and corn (maize). River fishing and the herding of cattle, goats, and sheep are also economically important. In the southwestern part of the state, rubber trees and oil palms have been introduced, and in the extreme south, the Mambilla Mountain region of the Adamawa Plateau provides a tsetse-free grassy highland area that is highly suitable for cattle raising.

Taraba state is inhabited mainly by the Jukum (Jukun) and Mambilla peoples, among whom there are considerable numbers of Christians.