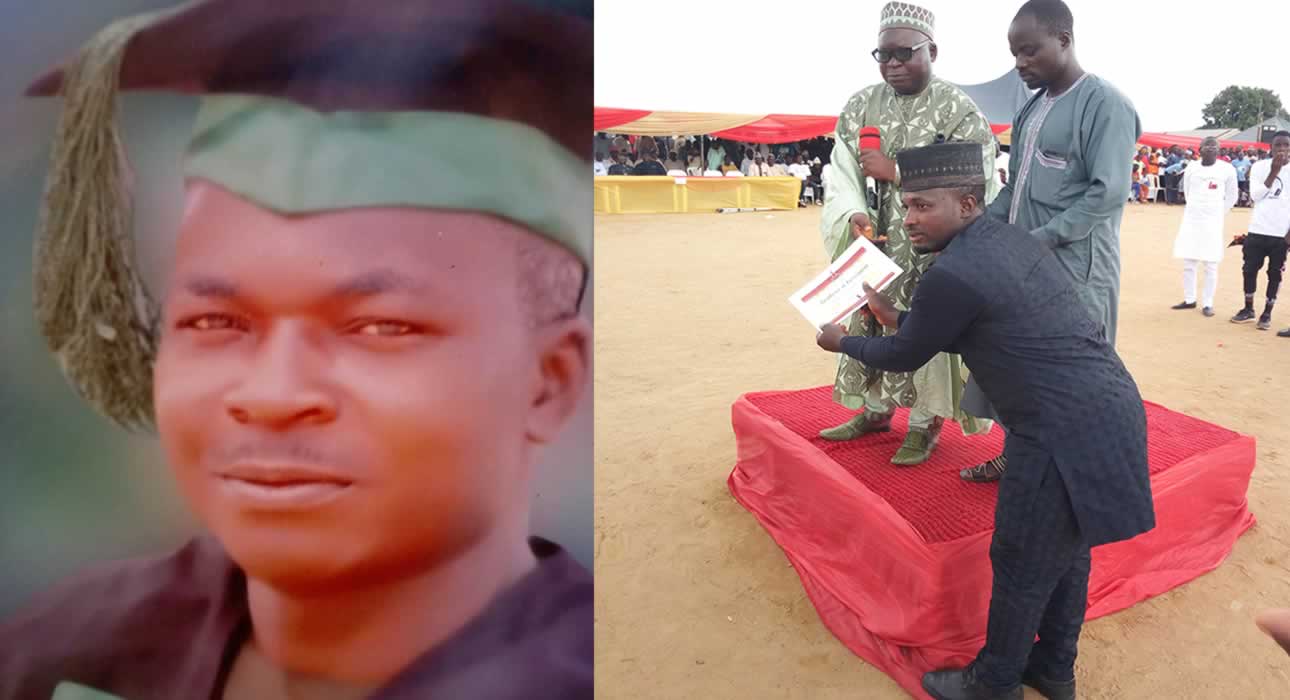 Alhaji Yahaya Asawu Idu – a teacher, Agriculturist, Broadcaster, a Property valuer, a Custodian of Traditions and above all a career civil servant. Born on the 24th of April, 1965, to the family of the late Sarki Tagwai, in Idu village of Abuja Municipal Area Council. Alhaji Yahaya Asawu – a dynamic and a well determined gentleman to the core attended the first stage of formal education at L.E.A primary school Nyanya FCT Abuja, then plateau state between 1973 – 1979.

He Proceeds for his Secondary School Education at Government Teacher’s College Zuba now Abuja College of Education between 1982 – 1986. He bagged his first course in Agriculture between 1991 -1993 at the former Plateau State College of Agriculture Lafia, now Nasarawa State Polytechnic. He also obtained AEO certificate (Assistant Executive Officer) in Land Administration between 1993 – 1994 at the famous federal polytechnic Nasarawa. This erudite gentleman did not stop there, he again bagged Diploma in Land Administration in 1994 – 1996 and National Diploma in Estate Management, in the same institution between 2003 – 2005 respectively. Out of his determinism for search of knowledge, he proceeds for his higher National Diploma (HND) in Estate Management between 2006 2008. In complementing his scholarly and academic pursuance and his professional standard, he attended so many management courses, workshops and seminars both within and outside the territory. Among this numerous seminars and workshops of which includes: the 5th Nigerian Agricultural and Co-operative Bank Limited – Kaduna in collaboration with Agricultural and Rural Management Training Institution, Ilorin. National workshops for famers at National Veterinary Research, VOM Jos Plateau state. Peace law consults legal services consultant workshop on the legal frame work of tenement rating for local government officials Abuja. 43rd Annual Conference of the Nigerian Institution of Estate Surveyors and Valuers workshop in Benin City, Edo State. 2nd National Housing Summit of the Nigerian Institution of Estate Surveyors and valuers Faculty of housing in collaboration with the Federal Ministry of Lands, Housing and Urban Development at Shehu Musa Yar’adua Centre Abuja. The dynamic and determined Alh. Yahaya Asawu started rendering his services to his fatherland – Nigeria as a teacher, between 1981 – 1982. He later transferred his services to Abuja Municipal Area Council in 1988 as agriculturist to Estate Manager where he attended the rank of Principal Estate Valuation Officer. Alh. Yahaya Asawu who belong to various ethnic organizations and professional bodies, he was on term the national publicity secretary of GWDECA and now one of the advisers – GWADECA national.

He also rendered selfless and as well as voluntary services to broadcasting in protecting and uplifting the image of his ethnic group – the Gwandaras and Nigeria at large both in FRCN and FM stations. He is also the co-founder of Gwandara programmes in FM stations. Alh. Yahaya Asawu has received so many awards such as the GWADECA award, The FRCN Radio awards, National Association of Nigeria Student Award (NANS), etc. and today, he’s still reaping the fruits of his hard labour as the number three Idu Traditional Council – that is Sarkin-pada of Idu (The 19th Sarkin-pada of Idu). Alh. Yahaya Asawu is happily married with children.