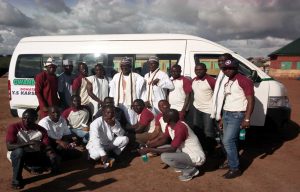 The original and full appellation being “Gwandarawa-da-Sallah” meaning rather dance to five daily prayers. However, from Fadan-Karshi, Gwandara people spread to other chiefdom within and outside Kaduna state. It is generally believed that the Gwandara people came from Kano state – Nigeria and later settled in their today’s various locations. They migrated at about 14th century to escaped religious persecution or force conversion to Islam. So, they left Kano under their leader whose father was a king and they first settled at Karshin-Daji (Fadan-Karshi) in the present-day Kaduna state and subsequently Gwandara became their name.

They have towns and villages numbering to over 150 across the five states mentioned below and apart from other small settlements among other ethnic group in towns and villages which are not principally Gwandara. Gwandara are one of the over 250 speaking languages of Nigeria living mainly in FCT – Abuja, Niger State, Nasarawa State, Kaduna State and still related place like Kano (founding state) – Nigeria. 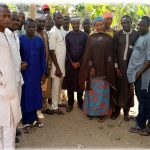 Sambari Nyamata Gwandara Development & Cultural Association been the youth wing of GWADECA – Abuja chapter, with CAC No: CAC/IT/NO/124240 headed by Adamu A. Dutse, Adamu Nura Muhammed and other concerned Gwandara sons and daughters are the ambassadors of peace making, development, and cultural promotion. Collectively we are determined to make it count.